More than 200 hundred attendees, including several nationally and internationally recognized Catholic authors, speakers, and evangelists gathered Thursday, Oct. 28 to raise more than $150,000 to support the continued mission of Fullness of Truth. The organization is known for holding Catholic conferences across Texas and Louisiana, and funds raised will enable the group to expand conferences into three additional dioceses in 2022.

Hosted at the Bell Tower on 34th, the 20th year gala offered a keynote presentation by the popular and highly sought-after speaker, Father Donald Calloway. The event provided an opportunity for attendees to reconnect, honor four key couples who have been instrumental in the organization’s success, and celebrate the lives of more than 100,000 individuals that have been positively touched by the nonprofit organization.

Gala Chairs include Rhonda and Michael Graff; Lindsay and Paul Laudadio, Jr.; and Leslie and Steven Shofner. All three couples remark that their lives and their faith have benefitted through attending several conferences hosted by Fullness of Truth.

Co-chair Rhonda Graff highlighted the importance in supporting the organization’s conferences and their impact. “My husband and I attended our first Fullness of Truth family conference five years ago. We were amazed with the welcoming environment for people of all ages. You will see families with their young children, teens, adults and seniors. All attendees are enthusiastic and engaged throughout the weekend with the vast array of incredible, nationally-known speakers. The conferences create an environment for fellowship, for individuals and families to grow in their faith, and attendees leave with a retreat-like high.”

“Our faith formation, marriage, and family all continue to be richly blessed by the New Evangelization efforts of Fullness of Truth,” stated co-chair Leslie Shofner. “The gala’s success will help ensure more souls have the chance to deepen their friendship with our Lord and cultivate better understanding of the truth and beauty that is our Catholic faith.”

Lindsay Laudadio, co-chair, echoed the organization’s outreach for attendees of all ages. “Out of all the organizations our family is involved in, this is the one organization we get the most out of – and we’re honored to support Fullness of Truth and this gala.”

Best-selling author and international speaker, Fr. Donald Calloway, MIC, presented keynote remarks. Fr. Calloway’s most recent book, Consecration to St. Joseph – The Wonders of Our Spiritual Father has sold more than one million copies worldwide and is translated into 19 languages. Last December, Pope Francis declared the “The Year of St. Joseph,” and Catholics worldwide are celebrating this great saint and foster father of Jesus. Attendees were fascinated by Calloway’s unique calling to the priesthood, and his presentation gave insights into this great saint, whose name means “increaser.” Calloway’s captivating speech elicited a standing ovation from the audience.

Prior to the “Paddles Up” event, four couples were honored by the organization for the outstanding contributions provided to the nonprofit over the past two decades. Honorees include:

Micha and Kenneth (Ken) Zammit. Two decades ago, Ken Zammit took a leap of faith in creating Fullness of Truth Catholic Evangelization Ministries. Through his struggles in searching for life’s meaning, and his intense personal study of ecclesiastical history, he discovered the truth, beauty, and goodness of the Catholic faith – and he wanted to share it with as many souls as possible. This mission was accomplished by creating and holding Catholic conferences to deepen and enrich the faith of Catholics and non-Catholics. Zammit’s wife, Micha, has been instrumental in the creation and selection of products for the nonprofit’s well-known book and gift store that travels to each conference. The bookstore has a reputation for astonishing conference attendees by its large volume of exceptional book selections and religious products. Although the Zammit’s prefer to work behind the scenes, Fullness of Truth staff members wish to honor the Zammit’s 20 years of dedication to the organization and its mission.

Marcy and Cornelius (Neil) Hayes II. Neil Hayes began supporting Fullness of Truth after hearing about it through his close friend, Paul Laudadio, Sr. in 2004.  Laudadio shared with Hayes that he met the founder and was impressed with the mission of the organization, and its commitment in providing theologically sound content to conference attendees. Hayes investigated the nonprofit and joined Laudadio in becoming a supportive and involved board member. Over the ensuing years, Hayes has provided much-needed legal expertise to assist the nonprofit in its continued growth, and has been active in supporting the organization in multiple aspects of its operations, including bringing successful Fullness of Truth conferences to Corpus Christi.

Linda and Ralph Schmidt, another acquaintance of Paul and Daphne Laudadio, Ralph was introduced to Fullness of Truth almost 10 years ago, and the couple has attended and supported the nonprofit since this time. Shortly after being introduced to the organization, Schmidt joined the board and has been actively involved in its success and growth. A retired mechanical engineer and operations expert, Schmit has provided his professional expertise in assisting the nonprofit in business and operations matters.

Noted authors, speakers, and media personalities attended the event, including

Karlo Broussard, a speaker and apologist with Catholic Answers, a frequent personality on EWTN television and satellite radio. Broussard resides in San Diego and traveled to Houston specifically to attend the event.

Fr. Ken Geraci of the Fathers of Mercy, a long-time friend of Fullness of Truth, speaker, and author. Fr. Geraci states that his attendance at an early Fullness of Truth conference was a major factor in his discernment to shift his life from an agnostic executive to a Catholic priest.

Fullness of Truth Catholic Evangelization Ministries has a unique mission in bringing the irresistible beauty and truth of the Catholic faith to as many souls as possible. Since 2001, this mission has been filled through hosting conferences held across nine dioceses in Texas and Louisiana, featuring nationally and internationally recognized speakers, authors, and media personalities. The nonprofit has welcomed more than 135,000 attendees to conferences over its 20-year history. More than 10 religious vocations credit their attendance at a Fullness of Truth conference as being a crucial element in their discernment process. More information on Fullness of Truth can be found at www.fullnessoftruth.org. 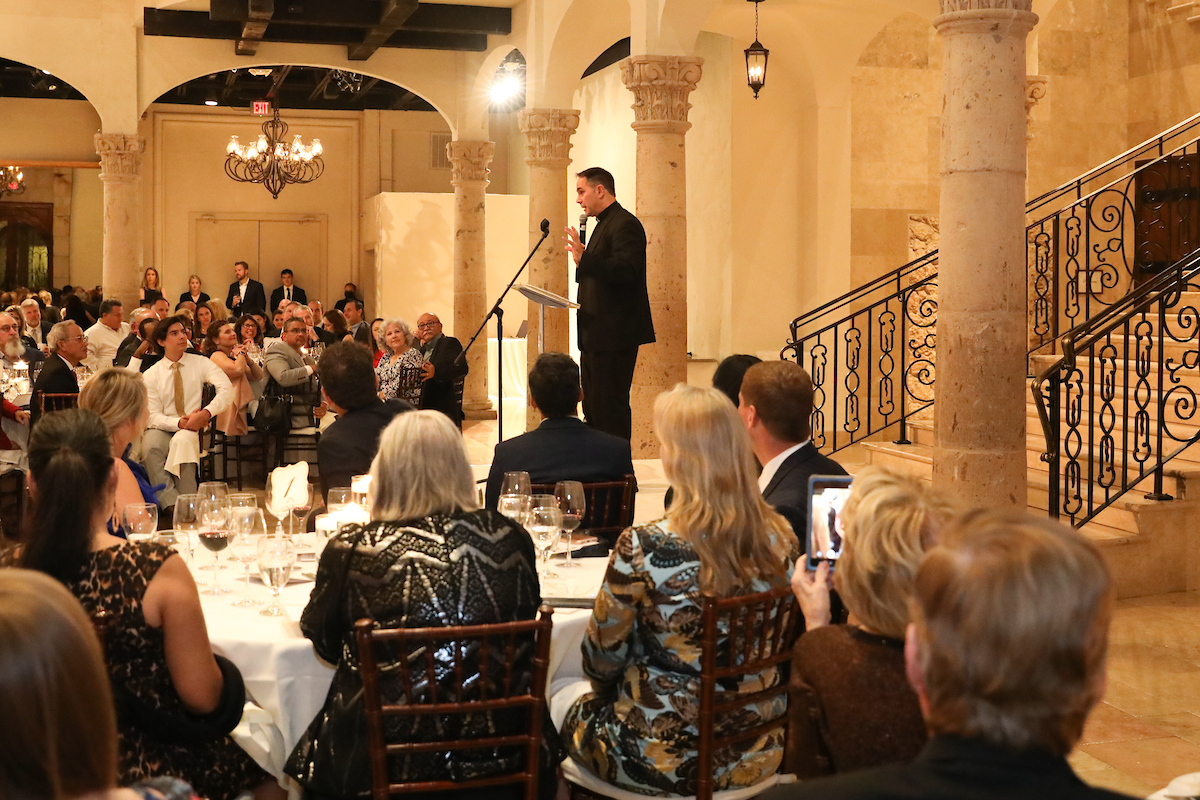 Fr. Donald Calloway, MIC, delivered the keynote address to attendees at the Fullness of Truth 20th Year Gala. Fr. Calloway’s most recent book, Consecration to St. Joseph – The Wonders of Our Spiritual Father has sold more than one million copies worldwide and is translated into 19 languages. 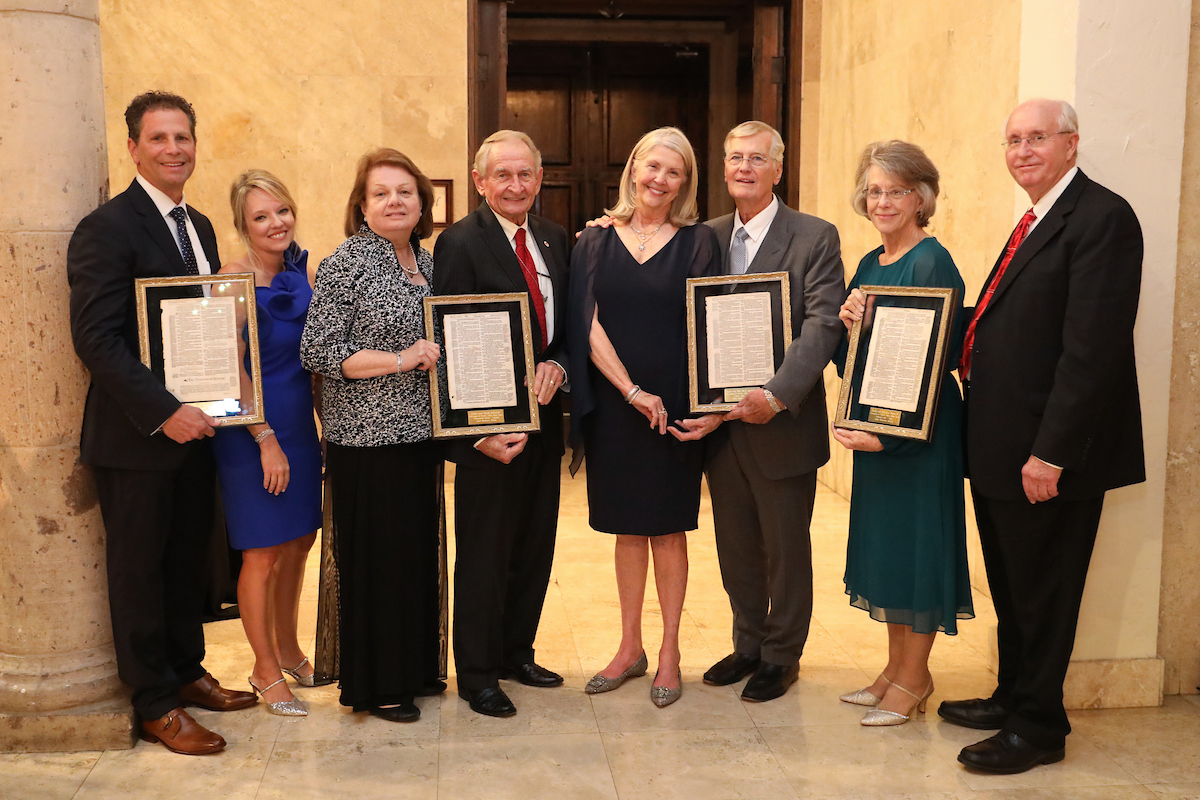 Four couples were honored at the Fullness of Truth 20th Year Gala for outstanding contributions to the organization. Couples recognized include (left to right) Kenneth and Micha Zammit, Linda and Ralph Schmidt, Daphne and Paul Laudadio, Marcy and Cornelius Hayes. 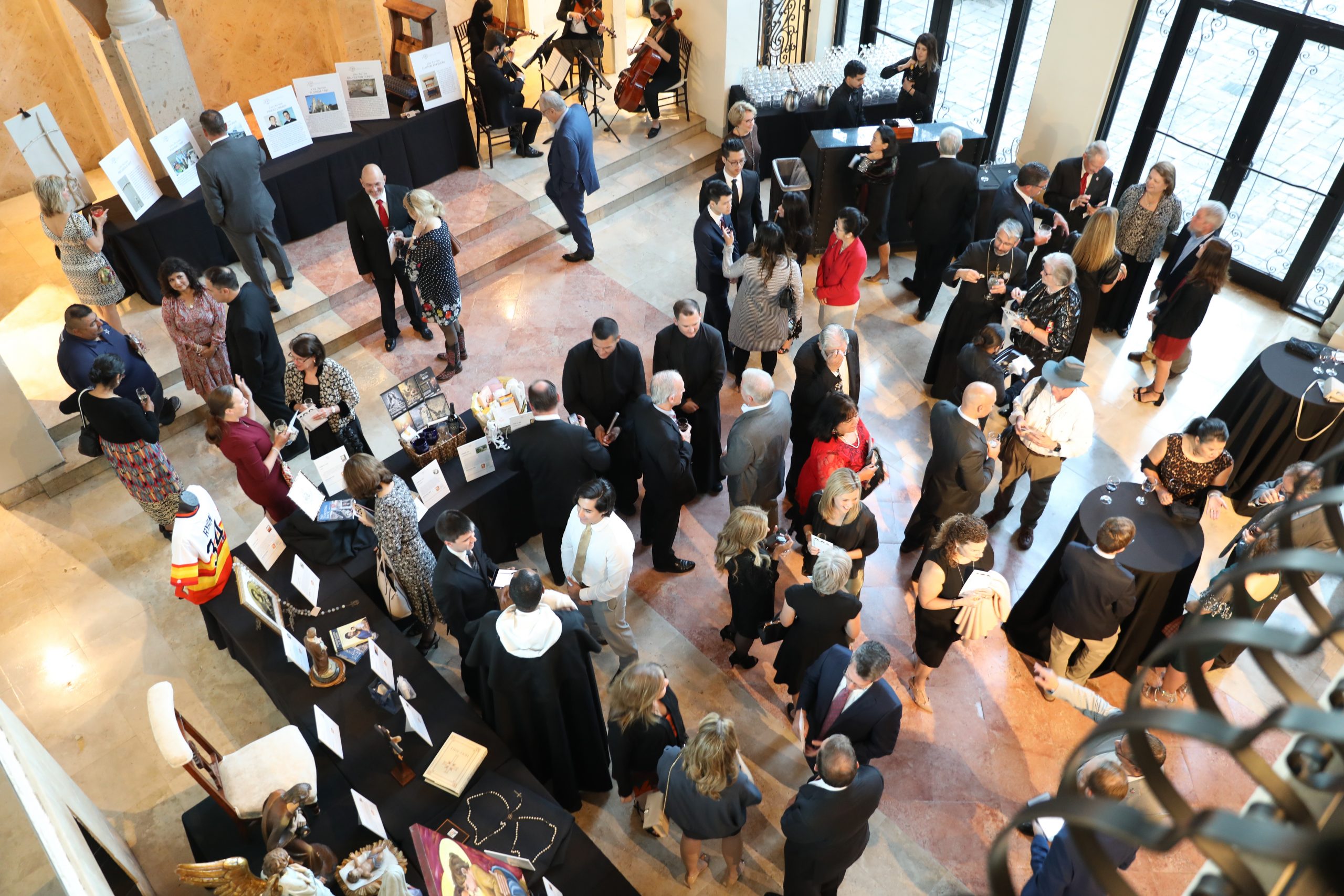 More than 200 people attended the Fullness of Truth 20th Year Gala, which featured silent and live auction items and a keynote address by best-selling author Fr. Donald Calloway. The event brought in more than $150,000 to expand the organization’s Catholic conferences into three new dioceses.